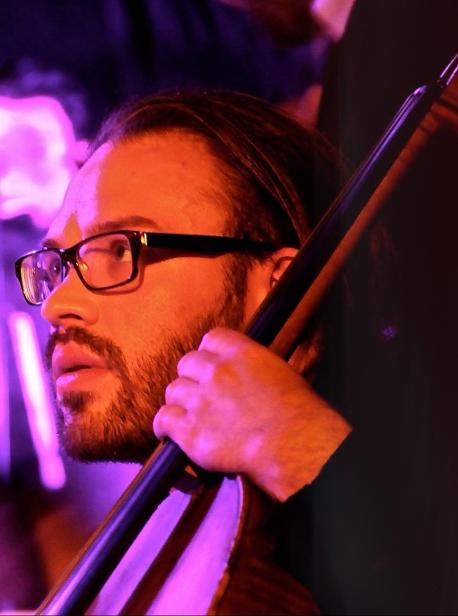 Mark Bassett, resident of Los Angeles, California, earned his cello performance degree at the New England Conservatory of Music. He also has a degree in music education from the College of St. Rose in Albany, New York. As a freelance musician, Mark has played with many orchestras and chamber groups including Philadelphia String Quartet, Calder Quartet, South Florida Symphony and Fresno Philharmonic. Mark's passion for video game music has led him to be principal cellist for runs with the Legend of Zelda: Symphony of the Goddess tour, and Final Fantasy: Distant Worlds tour. As a studio
musician, he has been part of many soundtracks including AAA games such as Final Fantasy 12 and 15 and indie games such as Deluvion. As an active music educator, Mark maintains a studio of cello, violin, and bass students, and teaches at the West Coast Music Academy.